Working within the technical preservation guidelines established by the Colorado Historical Society and the National Park Service, Tryba Architects completed the adaptive re-use of a national landmark and local Denver treasure, the 8-story Tramway Building. The building was gutted to its structural core and columns, every wall removed and a new penthouse floor added to create the new 9-story Hotel Teatro. The historic main lobby and the marble-paved corridors throughout the building were carefully restored to their former grandeur. Formal and casual dining and meeting rooms flank the main lobby, and the lower floor houses a wine cellar and fitness center.

Teatro’s name is a reference to Denver’s Performing Arts Complex, located across the street. Guests from Teatro’s 110 rooms are just blocks from the rapidly expanding retail and entertainment venues along Fourteenth and Sixteenth Streets. 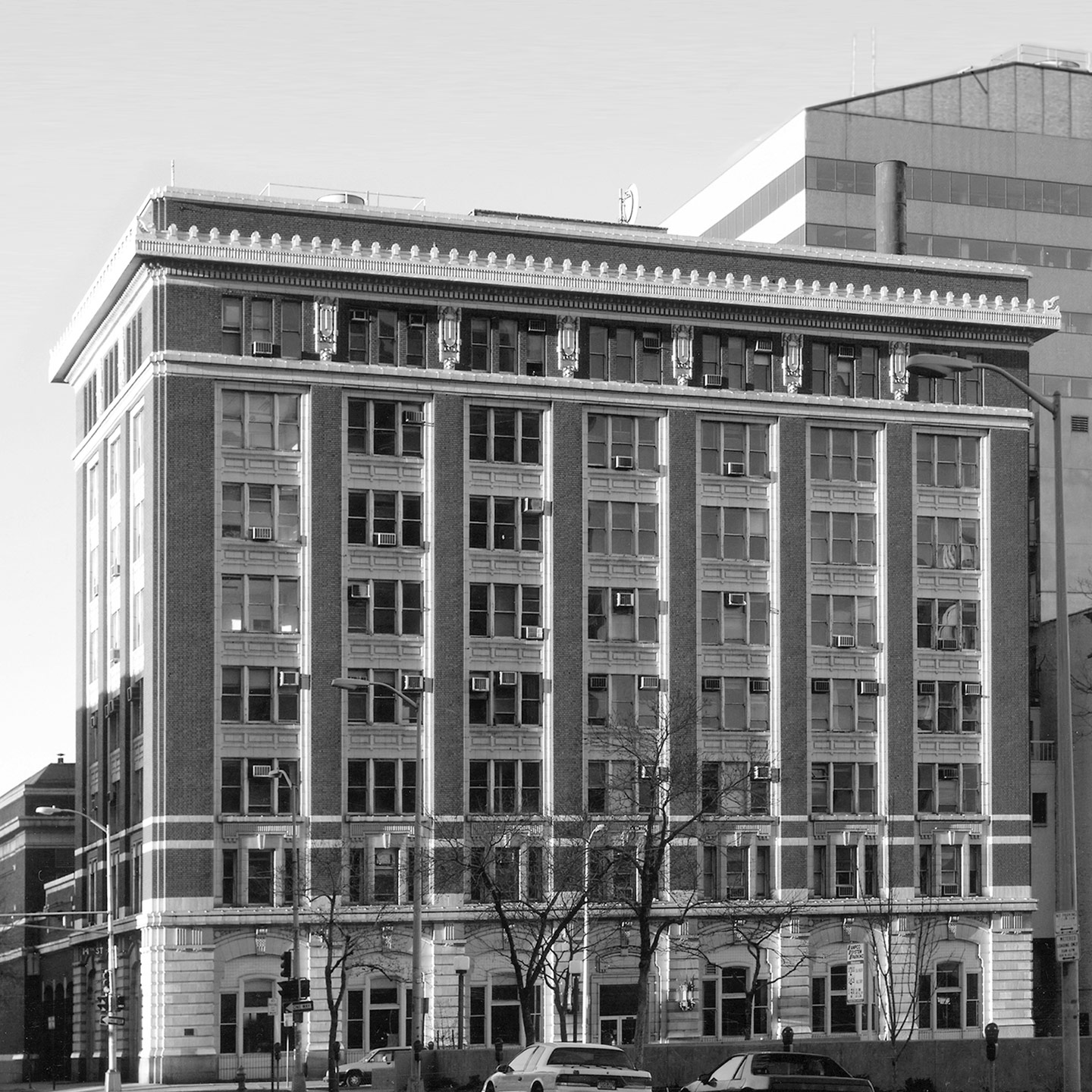 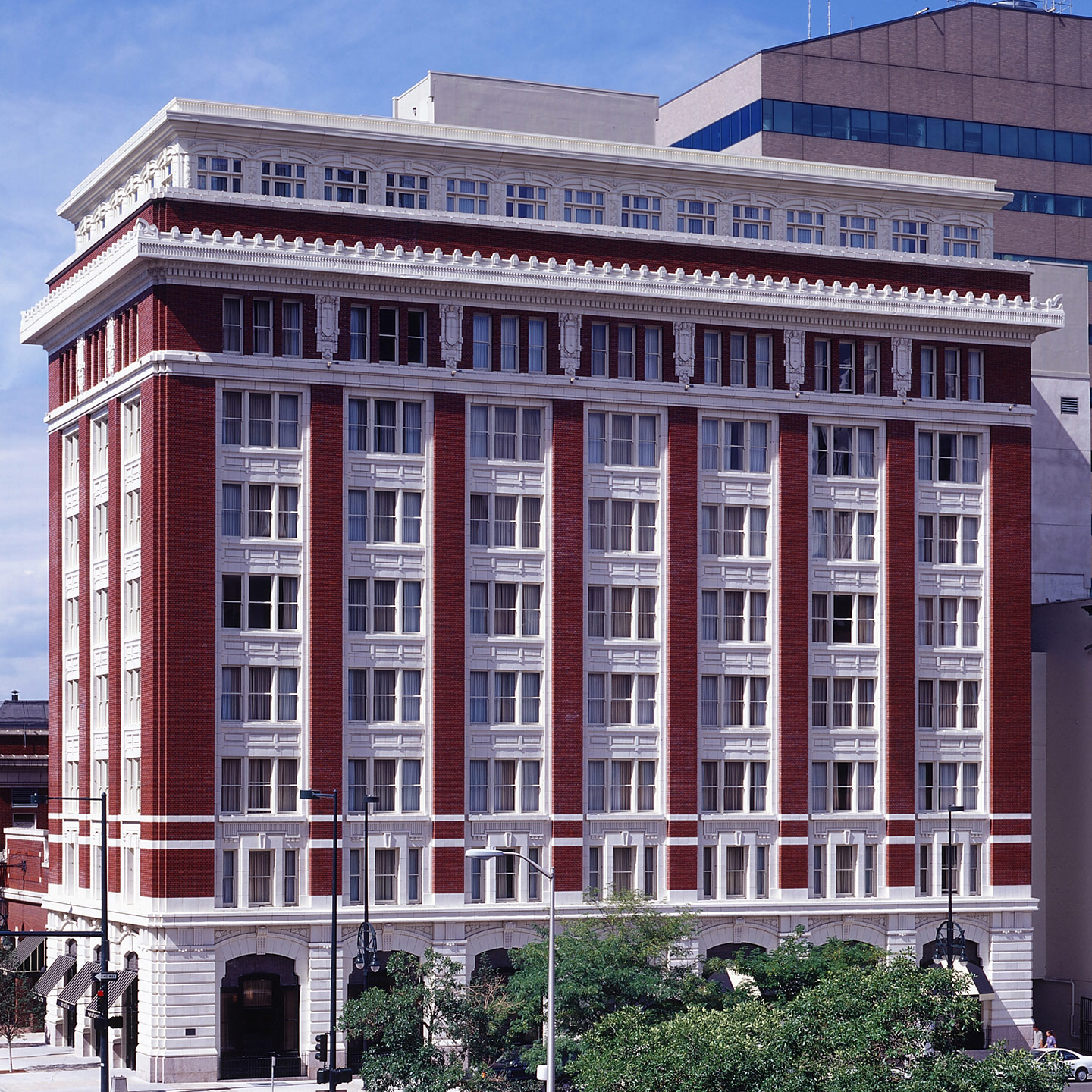 The historic 1911 Denver Tramway Building was transformed into the Hotel Teatro, with a new 9th-story penthouse that blends seamlessly with the historic façade.
The historic marble lobby was restored to its former grandeur.
BEFORE: The building was gutted to its structural core and columns, every wall removed. AFTER: Classic hotel rooms feature floor-to-ceiling windows with city views.
The traditional Renaissance Revival-style edifice was restored and preserved.